You are here: Home1 / Nostalgia – Return To Black & White Days

August 19 is observed as World Photography Day, which aims to inspire photographers across the planet to share a single photo with a simple purpose: to share their world with the world. Here is a look at photography over the years.

World Photo Day originates from the invention of the Daguerreotype, a photographic process developed by Frenchmen Louis Daguerre and Joseph Nicephore Niepce in 1837.

So, to celebrate the helicon days of our intrepid photographic journey, we thought it would be fun to travel back in time and have a go at some old school image making. It was a tall ask to get a Daguerreotype process going so we opted to go back as far as the old B&W film days. 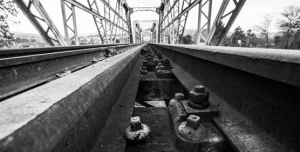 In the last decade, or even longer, film photography has been making a come back. More and more people are acquiring or digging out their old capture machines to use in our modern, advanced world and although film stocks continue to be discontinued, others are being re-released,  so it certainly isn’t going anywhere anytime soon.  There is an age-old argument between photographers – film vs digital. Some swear by using film and the rest only use digital cameras. There are a few who work with both!

Since technology brought us digital sensors, film photographers have been swapping their old systems for new. Were they right in doing so? How is the battle going of film vs digital photography? Print Art are having a look at working with both!  That is, starting out with shooting film and changing over to digital for the end process. 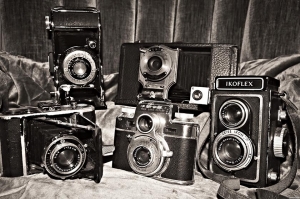 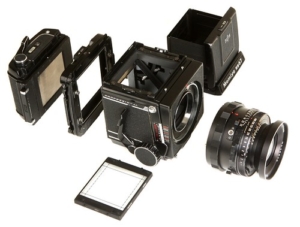 John dug out his old trusty Mamiya RB67!!!  If you don’t know what that is, it’s a medium-format film camera which was released in 1970. The system comprise of a camera body, viewfinder, back adapter, film back, and lens. The camera body itself is quite simple and fully mechanical, designed primarily for shooting 6×7 cm film. It does not require any battery power!!  Quite different from today’s cameras.

The camera bag happened to contain a couple of rolls of very expired Ilford XP2 120 film for this medium format camera.  XP is a chromogenic black-and-white film that went on sale in January 1981. It has since progressed through a number of versions, with XP2 Super being the latest.  As a chromogenic film, XP2 can scan well. It is a ISO 400, fine grain, highly versatile black & white film that can be processed using colour C41 processing in a traditional.  It has wide exposure latitude and well defined highlights.

As an avid Ilford fan, I can confirm that their range of B&W films are still available through most camera retail outlets. 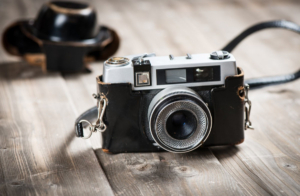 Why would anyone bother shooting with a film cameras in our current digital world? Well… film looks great, it’s a huge amount of fun and can be an incredible experience going into the developing process.  Here is what is involved:

1.  You need a film camera:  This is easy – there are many film cameras for sale on TradeMe and most of them are under $100!!!  And Nikon seem to be selling brand new film cameras!

2.  Get yourself some film:  A few camera shops are now selling film e.g. Photo Warehouse, Auckland Camera, The Camera Shop in Warkworth (they are developing and printing as well)

3.  Take your photos:  This difference to digital being – you will only have 24-36 exposures on 35mm film and 10 on 120 film rolls!  Don’t be trigger happy as you are with a digital camera – you are paying for your film!  Pay attention to each shot as there is no preview and you don’t know what you’ve got until the film is developed.  Some film cameras will have a built in light meter, but if they don’t you may need to invest in a hand held light meter.  If you don’t know how to use your meter, use the Sunny 16 Rule: “On a sunny day set aperture to f/16 and shutter speed to the [reciprocal of the] ISO film speed.”  Eg: For film with an ISO of 100, aperture at 16 and shutter speed at 1/100 or 1/125

If you’re shooting B&W you can do this yourself, but if shooting in colour it’s probably best to take it in to a lab to have it professionally developed.

If developing at home, you will need a Changing Bag which is totally sealed from light, or find a small dark space with no light leaks.  This is where you remove your film from the camera and place it in a Developing Tank. A tank is the vessel used to hold your film and chemistry in place, and prevent light from exposing the film during the developing process. There are a number of developing chemicals available so do a quick read through the blurb on the suppliers pages before deciding on what works best for you. Keep in mind that some films require specific developers so read the small print.

Print Art have decided that you can combine analogue and digital.  First, use a film camera and shoot in film.  Then develop the film.  Now, this is where we convert to digital.  We then scan the negatives with our Epson V700 scanner and use Silver Light Studio 8 software to edit the scanned images.  Voila!  we now have digital files for printing!.  Our black and white printing is done to perfection on our specialised Piezography printer. Or if you’re shooting colour, we have a range pf papers that will suite most styles of photography.

We found this really interesting short film called “Behind the Film – Inside the ILFORD factory” on YouTube.  It’s 18 min, so sit back and enjoy!  It’s well worth the watch.
Pricing Your Art Photo Papers
Scroll to top