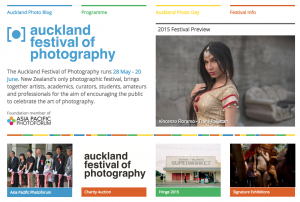 While I was visiting Tauranga for the annual convention for Photographic Society of New Zealand in May I received consecutive calls from two of Auckland’s pre-eminent photographic organisations asking me if I was able to print their clubs exhibit for the upcoming Auckland Festival of Photography. What an honour. Absolutely I replied. On my return to my studio in Albany I was inundated with work. The festival is an annual celebration of photography and showcases some of the regions emerging new talent alongside established artists. The primary aim to to raise awareness of photography in general and photography as art in particular.

The first to contact me on my return to base was Steve, the president of the Eden-Roskill Camera Club. This club  has been in existence for half a century and has recently undergone a resurgence in both membership and the standard of photography. This would be the third consecutive year that the club has assembled and displayed a body of work produced by their members at the Auckland Camera Centre on New North Road. Their portfolio represented a range of work from their newer C Grade members to their more experienced A Grade artists end everything in-between. All in all there were 34 images for processing and printing.

This frenzy was followed soon thereafter by a visit from Roger hammond, the president of the Auckland Photographic Society based in Remeura.  Another 42 images chosen from their members body of work through a stringent selection process we loaded onto my workstation ready for processing. Established in 1883, APS is probably one of the oldest clubs in New Zealand and judging by the quality of their work, still going strong.

The week that followed was a well oiled workflow process of soft proofing each image. Fortunately all images were to be printed on Breathing Color’s Vibrance Luster, a semi gloss photo paper perfect for this type of project because of it’s wide colour gamut, great Dmax and amazing detail. This certainly simplified the proofing process. The printing workflow was equally as slick with the combination of Colorbyte Software’s Image Print RIP and the Epson 7900 wide format printer. The predictable output and performance of my digital workflow from file to print resulted in all images being printed on schedule with no waste of either time or resources.

I must admit that mounting and matting 80 plus images(not including 20 images being printed and mounted for the North Shore Salon) can be a little tedious to say the least, especially with a deadline looming. Given that each image  had unique dimensions, each matte needed to be measured and cut individually. Knowing that hoards of viewers would be scrutinising each photograph each mount had to be produced to the highest standard. Fortunately I thrive on such challenges and continually challenge myself to improve and work smarter as the task unfolds. When I finally completed the tedious task, I was rewarded with the sight of several stacks of neatly piled mounted prints ready for display.

It is with great pleasure that I visited both exhibitions. Personally for me, there is something special about viewing a collection of great images in the printed format. It’s the ultimate way that artists are able to really share their creative intent.